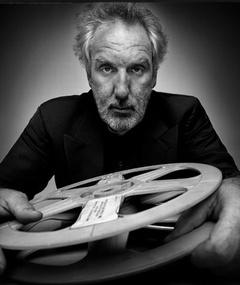 Phillip Noyce (b. 1950), director, was part of the first student intake at the Australian Film and Television School in 1973. As a student he became known for his outspoken short films. His first full-length film was the 16mm Backroads (1977), an indictment of Australia's treatment of Aboriginals made in collaboration with the activist Gary Foley. Newsfront (1978), Noyce's first 35mm feature, won an AFI for best picture. His follow-up films included Heatwave (1982) and Dead Calm (1989), which alerted Hollywood to the talents of Noyce and his young star, Nicole Kidman. Relocating to the U.S., Noyce directed such movies as the Harrison Ford thrillers Patriot Games (1992) and Clear and Present Danger (1994); the Sharon Stone vehicle Sliver (1993); The Saint (1997) and The Bone Collector (1999). In 2001 he returned to Australia to re-engage with Aboriginal issues in Rabbit-Proof Fence (2001), which won him another best picture AFI. The Quiet American (2002) followed. Noyce currently has two films and two television series in the pipeline.

About Phillip Noyce and his Films

Phillip Noyce is one of Australia’s highly acclaimed and successful film directors. His first feature was the road movie Backroads (1977), starring Bill Hunter and Gary Foley. In 1978, he directed and co-wrote Newsfront, which won Best Film, Best Director and Best Original Screenplay at the Australian Film Awards. In 1982, Heatwave, co-written and directed by Noyce and starring Judy Davis, was chosen to screen at the Director’s Fortnight at the Cannes Film Festival.

The success of the Australian-produced Dead Calm (1989), starring Nicole Kidman, Sam Neill and Billy Zane, brought Noyce to Hollywood, where he directed six films over the next decade, including Patriot Games (1992), Clear And Present Danger (1994) starring Harrison Ford, and The Bone Collector (1999). In 2002, The Quiet American starring Michael Caine and Rabbit Proof Fence were released. Rabbit Proof Fence won Best Picture at the Australian Film Awards, and together with The Quiet American garnered Noyce numerous best director awards including National Board of Review in the US and UK’s London Film Critics Circle. Noyce shot the spy thriller Salt in 2010, which grossed $295 million worldwide.